Neofetch is a command that lists information about your Linux distribution and the machine you are running on, it also provides an ASCII art that differs based on the flavour of linux you are running. An alternative command to neofetch is screenfetch, which you can install and run in exactly the same way, just removing each instance of neofetch with screenfetch in the following commands.

In order to run Neofetch simply execute the command via terminal.

Here are some example outputs, the messages will differ based on the version of Linux installed and your system's specifications. 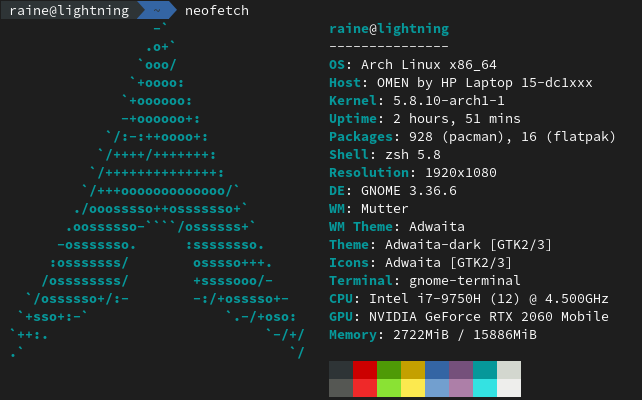