Things you might want to do after installing linux, common software choices, etc.

Now you've installed Linux remember to go back and readjust your boot order.

If you've dualbooted you'll now have 2 possible partitions to boot into at startup: Windows or Linux, as well as USB etc.

Importantly: if the BIOS boots into windows it'll startup Windows straight away, but if you set it to boot to linux it will actually go to GRUB from which you can select your OS.

So restart your device, press the key to enter BIOS and go back to the "Boot Order" menu. Move Linux to the top and Windows to 2nd place. You can safely remove the installation media now. The order should now look something like this: 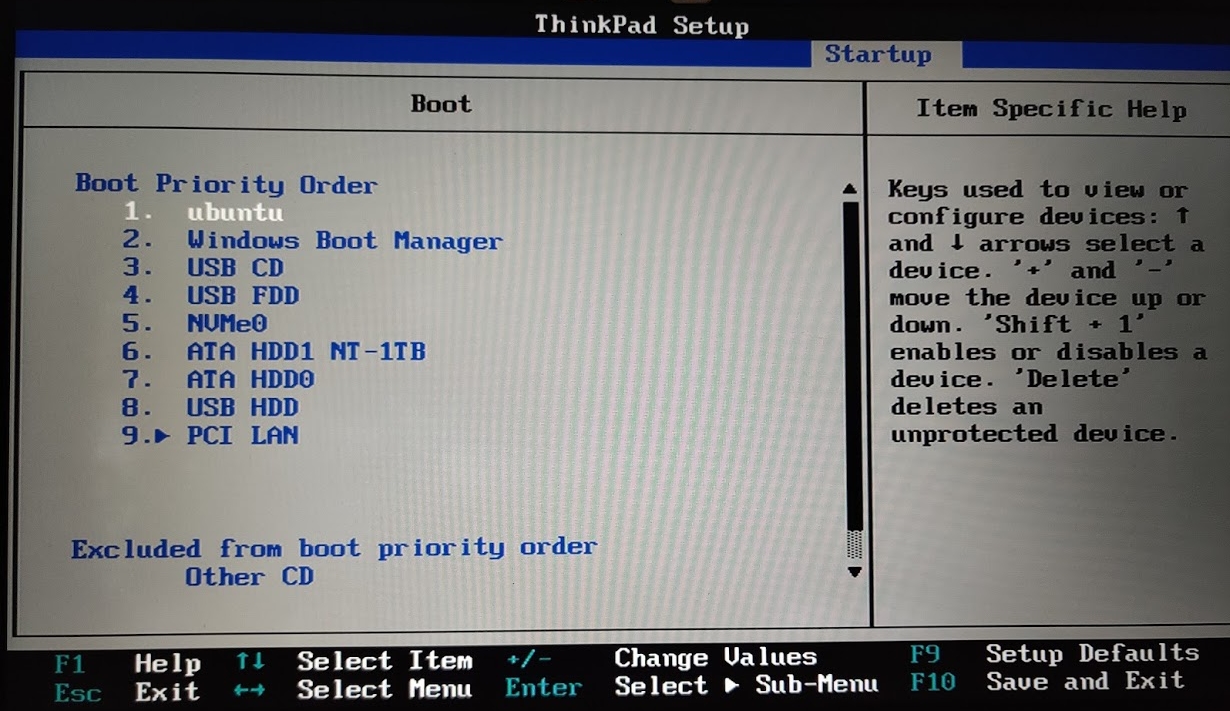 Then when it boots from now you will end up in a menu such as: 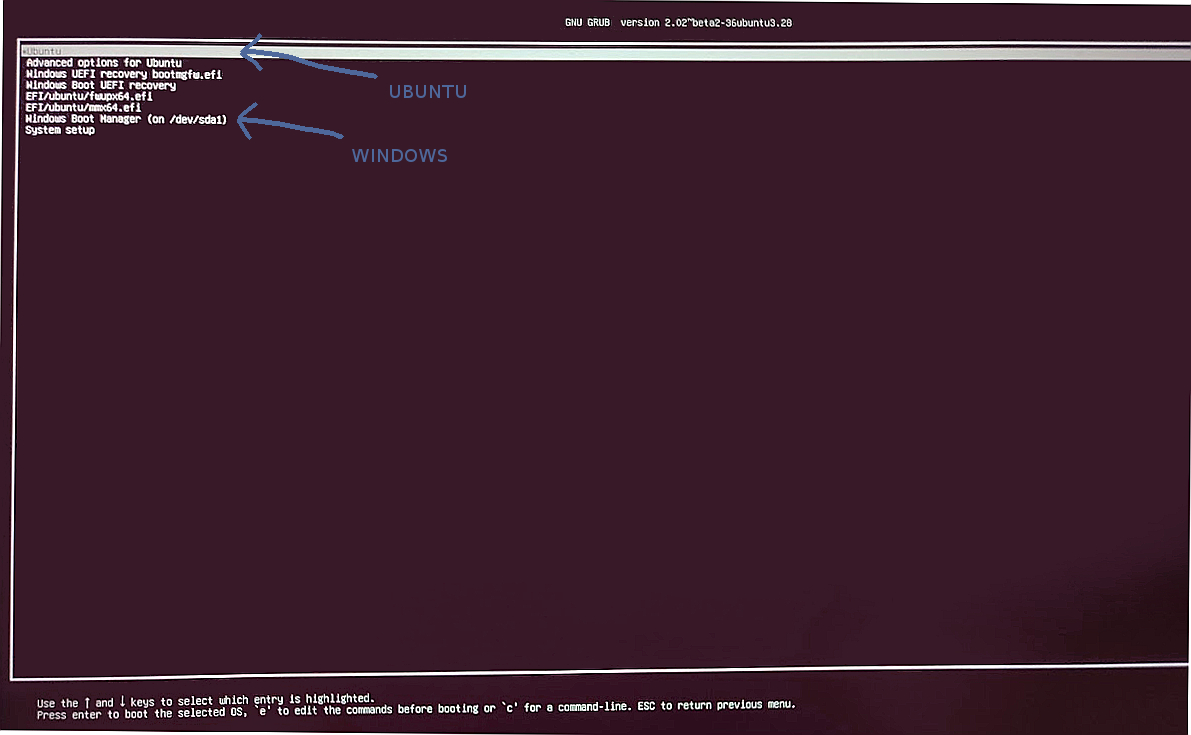 See how you can now choose between linux and windows every time you boot.

You should keep your system up-to-date, and try and run updates every so often. Updates aren't as naggy as in Windows, so you may find yourself needing to remember to install them.

Notice: Make sure to be connected to an active internet connection, and *prepare for the command to take a while to finish executing.

In Ubuntu (with apt):

Note for Manjaro: It is good practice to keep your system up to date as often as possible. Manjaro does not have version releases like Ubuntu. It is a rolling updates distro. It is also good practice to check the Arch Linux News before an update. If a major update (e.g. kernel update) breaks something, it will be posted there, and you'll know to wait a few days such that it's solved.

Also, the Arch Wiki is your friend for any Manjaro related questions. As we said, Manjaro is based on Arch, so most things there apply to it as well!

In Manjaro (with pacman):

Lastly, for Manjaro, one of the great things about it is the Arch User Repository. This contains packages contributed by the community. As the AUR disclaimer says,

AUR packages are user produced content. Any use of the provided files is at your own risk.

So please, before you install a package from AUR, read its page and check the Comments section for known issues. As the packages are user contributed, remember, they can be questionable. Make your own decisions.

In order to install packages from AUR, you should use a helper program that will manage the installation and upgrades for you. yay is a great one. You can install it with:

Now you can start intalling AUR packages with yay! It behaves similarly to pacman.

In Ubuntu (with apt):

Note: you may see both apt and apt-get around. apt is the new form *of apt-get and should be preferred in general (though not for scripts).

In Manjaro (with pacman):

Nvidia drivers may be needed to gain full performance, or screen resolution, on machines with Nvidia GPUs. These instructions are for rather recent Nvidia chips (GeForce 600 series and newer). For older GPUs, you will need to use older driver versions (like 390).

Reboot your machine after the installation. Before booting back, if Secure Boot is still enabled, disable it for the Nvidia drivers to work!

Laptop users: please note that the Nvidia GPU will be on all the time, thus, battery life may be affected. There is a tool, to turn off the GPU when not needed (Optimus technology), called "Bumblebee", but the setup is not user friendly. Feel free to experiment with it, but things may break!

Linux doesn't come with any preinstalled firewalls, this means devices on a shared network might be able to access any webservers you accidentally leave running, as well as SSH. SSH is probably the one listening service that will run by default on a Linux box and if you have poor passwords this is a risk.

So it's a good idea to install a super simple firewall that just stops anything connecting to your machine, don't worry it won't stop outgoing connections, just incoming attempts.

Follow the short UFW guide to get this set up.

Lots of us tend to prefer zsh over bash. It's faster, more customizable, and usually has fewer pain points.

One of the best things about using Linux is the awesome levels of customisability!

Check out the settings menus in both!

For GNOME, you can install GNOME Tweak Tool to be able to change themes:

If for some reason Windows isn't detected on your boot menu, not to worry! OS-Prober should fix that issue.

You can even customise the bootloader you see for choosing the OS.

Gnome-look.org has a lot of nice themes. Don't ask us how to do this, you'll have to learn it on your own! We're just giving you ideas. Google is your friend :-) 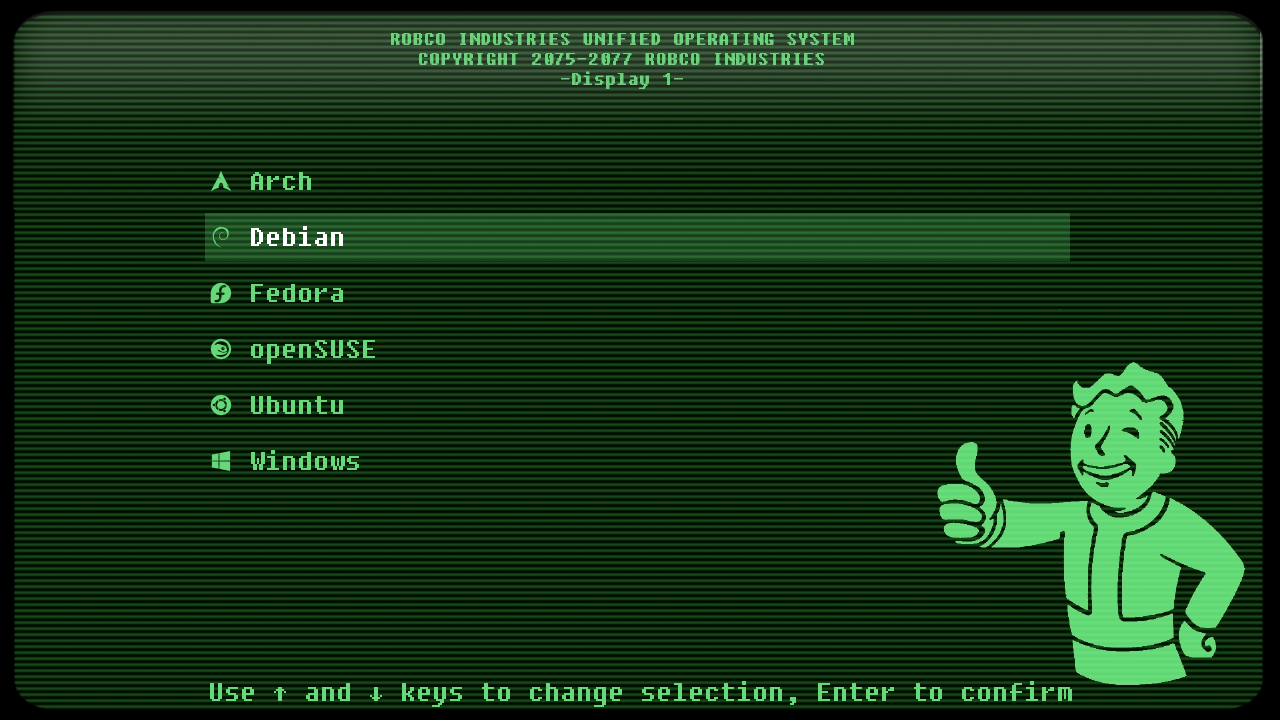 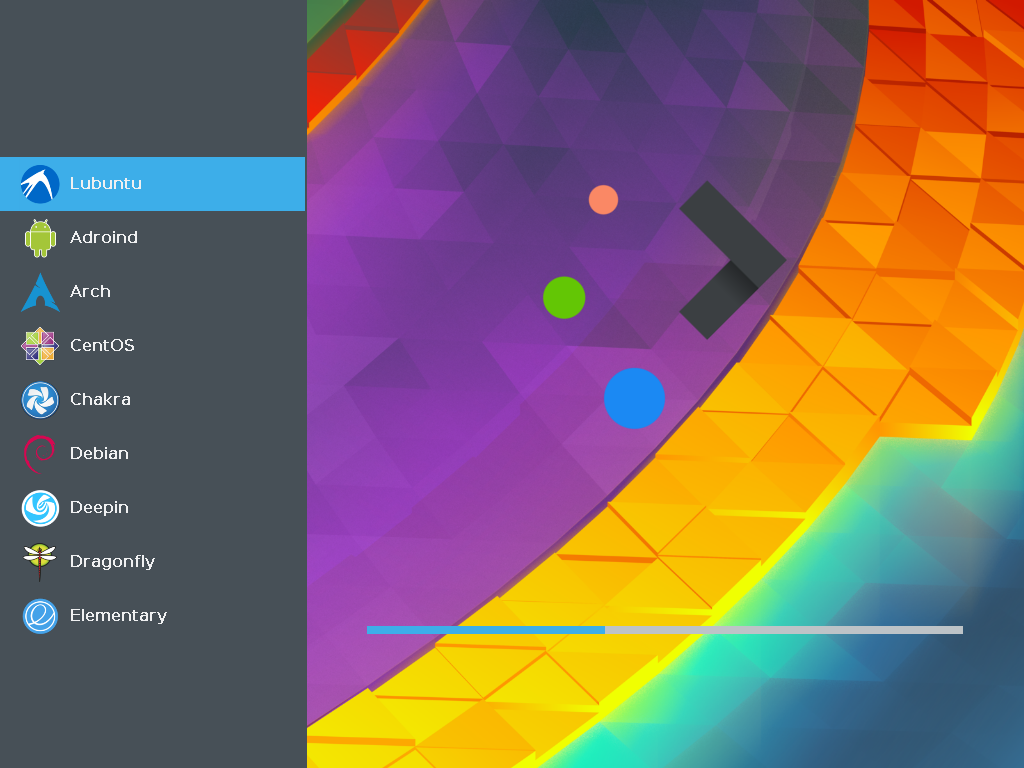